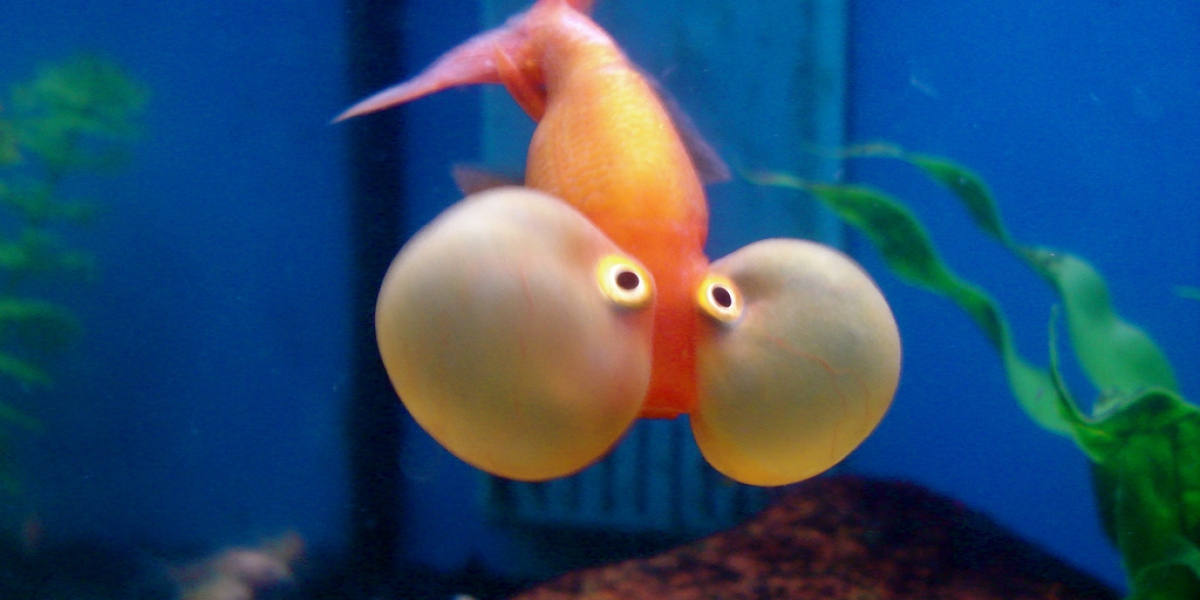 This goldfish has eyes that are nearly completely surrounded by a fluid filled sac. The bubble eye has an egg shaped body, and does not have a dorsal fin. Coloration, like most goldfish can be varied, but bubble eye goldfish are typically metallic red/orange. Other color variations can include:

The eyes bladders of the bubble eye goldfish do not start to develop until 3 months after hatching. The pair of fluid sacs jiggle as the Bubble Eye Goldfish swim around.

This fish is an egg scatterer during the summer.

Bubble Eye goldfish, due to vulnerability of the eye sacs, are best kept in their own aquarium with no rocky, or pointy, furnishings. The bubble eye goldfish are relatively poor swimmers due to their imparied vision, and can not compete with more active goldfish. Their 'bubbles' can also be easily damaged by being sucked into the filter intake.

While Bubble Eye Goldfish are relatively harmless to other fish, it's the other fish that can do harm to the goldfish. Keep the Bubble Eye goldfish in a tank with other goldfish that are slower moving, with the same vision impairment. The faster, better seeing goldfish can get to all the food faster.

Bubble Eye Goldfish are omnivores, and will eat live plants for food, and also vegetables including;