The body is a brilliant metallic orange-red or yellow, and this vivid color etends into the fins. 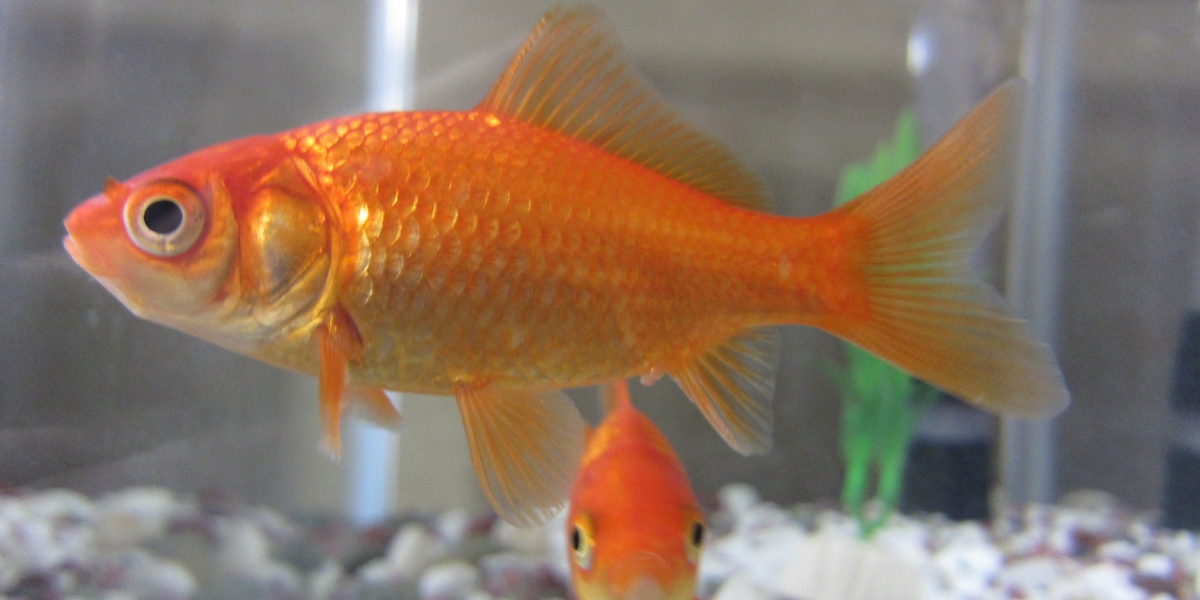 Although is it impossible to sex Goldfish when they are young and not in breeding season, the male is usually smaller and more slender that the female. In the breeding season the male has white prickles, called breeding tubercles, on its gill covers and head. Seen from above the female will have a fatter appearance as she is carrying eggs.

Common Goldfish are egg layers that spawn readily in the right conditions.

This fish is very hardy and does not need special care.

Goldfish are very social animals and thrive in a community. Not only are they a great community fish but they are great scavengers as well. It is really not necessary to add other scavengers or other bottom feeders to the aquarium when you have goldfish.